Daido Steel Co., Ltd. (President: Takeshi Ishiguro) has developed the sputtering target*1 "STARMESHTM-β1" for blackening layer*2 , which has low reflectance and excellent discoloration resistance for metal-mesh electrode-based touch panels*3 . We started selling in April.as a new line of the STARMESHTM series.
The blackening layer deposited by sputtering with "STARMESHTM-β1" can suppress the reflectance of the copper (Cu) conductive layer down to 10-20%. In addition, this blacking layer does not show any conduction change or color change*4 in environmental tests (temperature 85°C, humidity 85%, 1000 hours) assuming electronic components for automobiles. Therefore, compared with conventional blackening layer of copper oxide (CuO), it can be used in harsh environments and the life of applicable products can be extended.
Furthermore, since "STARMESHTM-β1" does not content rare metals such as indium, it contributes to cost down, comparison to ceramic-based ITO (indium tin oxide) *5 used for the transparent conductive thin films of touch panels. And also, the leftover of "STARMESHTM-β1" is easily recycled by our re-melting technology.
We are going to expand the sputtering target business for touch panels of large size screens used in vehicles and electronic blackboards, which are expected to grow in the future. 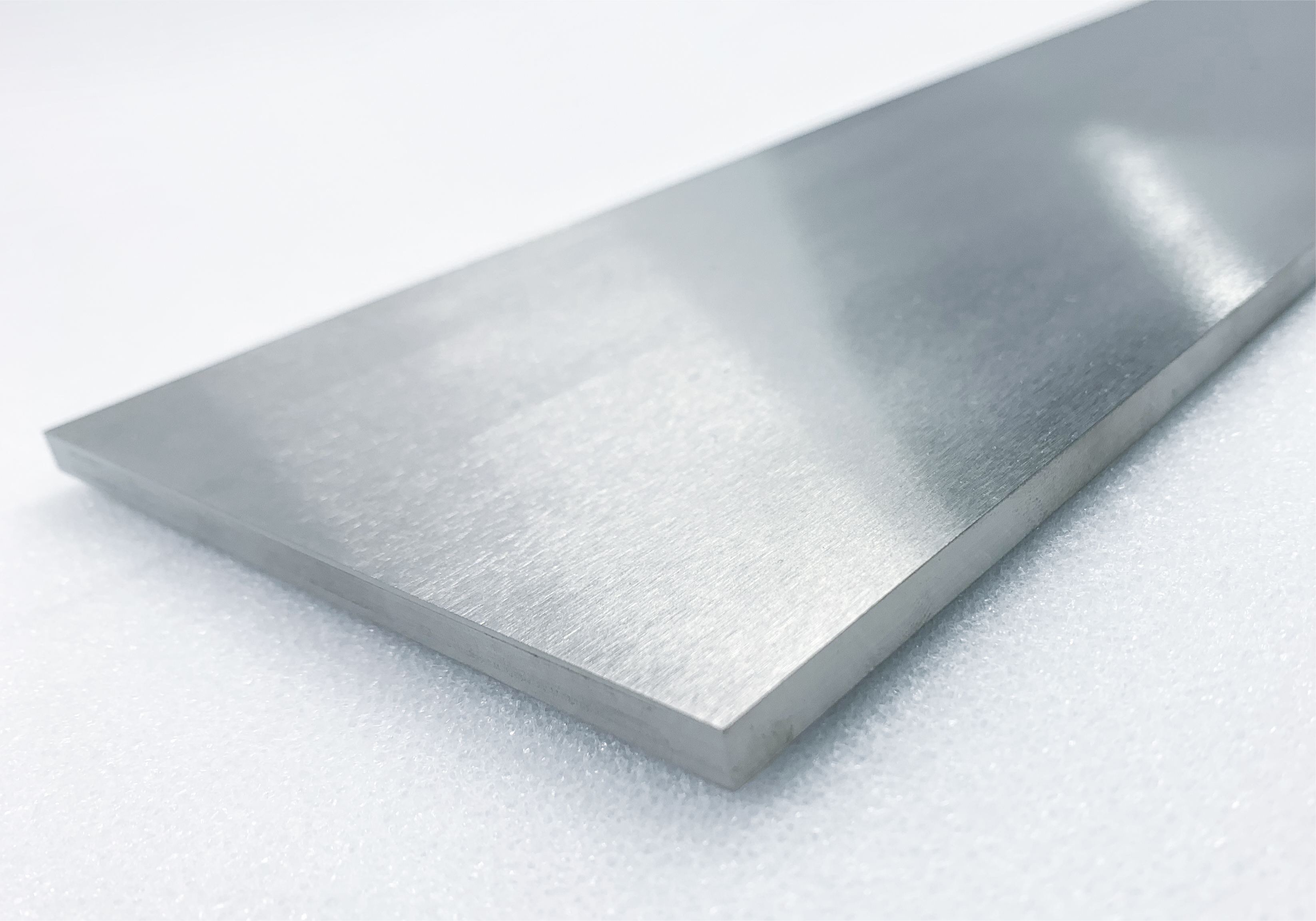 Ceramic ITO is generally used for the transparent electrodes of touch panels such as smartphones. However the conductivity of ITO is inferior to that of metals such as copper. Therefore ITO electrodes are not suitable for large size screen touch panels, because it is difficult to distinguish between signal and noise.
Furthermore, ITO is hard to bending, so it is not suitable for curved touch panels or foldable touch panels. The cockpit of next-generation automobiles where the demand for luxurious design and functionality is increasing, requires a touch panel with low conductivity and flexibility.
Therefore, metal mesh electrodes are becoming more widespread instead of ITO electrodes. The copper conductive layer, which is mainly used for metal mesh electrodes, has a poor visibility with reflects external light, so that it is necessary to superimpose a blackening layer on the metal conductive layer in order to suppress reflection.
In addition, large display devices such as electronic blackboards and in-vehicle touch panels, which are becoming larger screens, are required to have a longer life than smartphones, because they have a longer replacement period and useful life. Since the visibility of the touch panel deteriorates due to discoloration, a more reliable blackening layer is required. 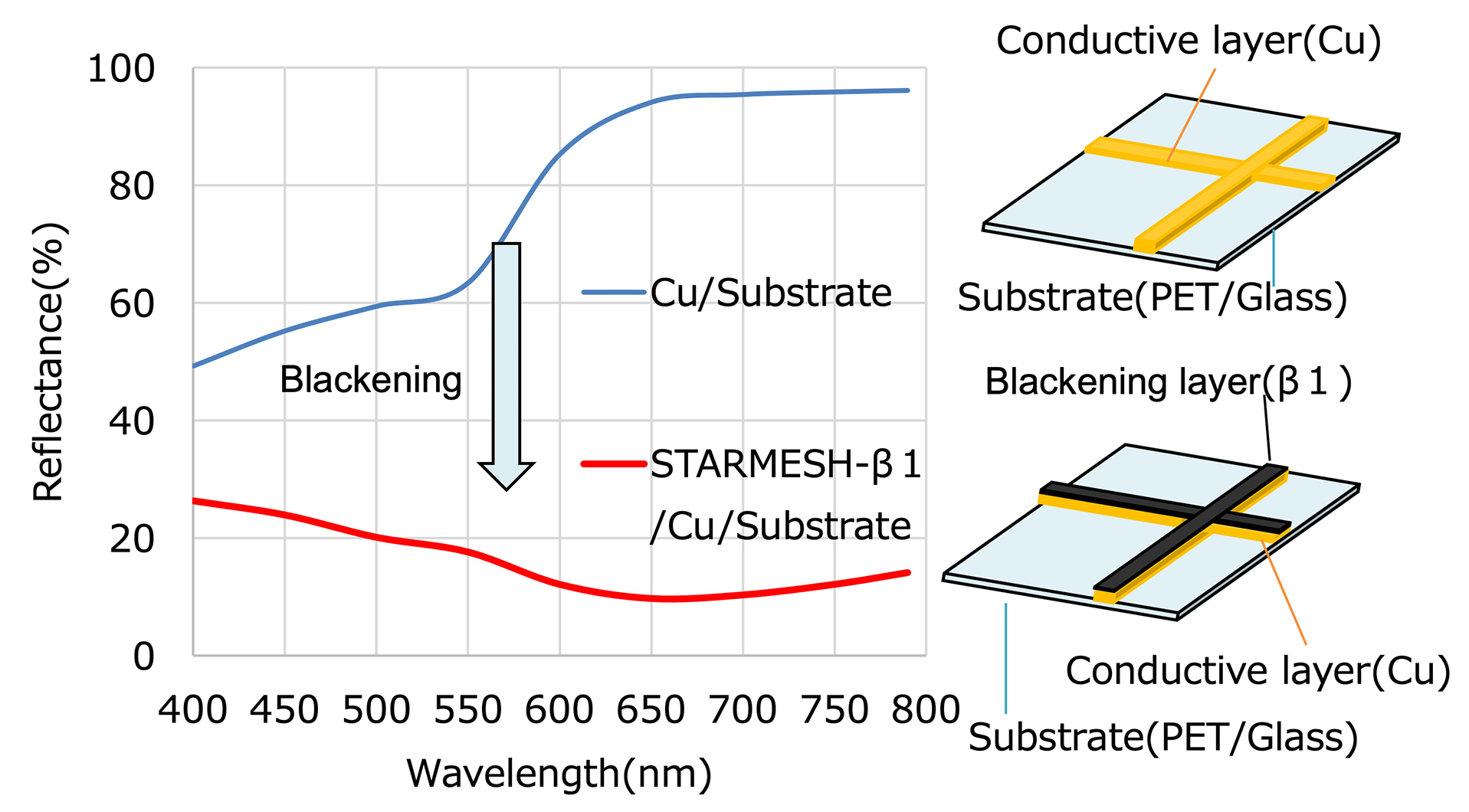 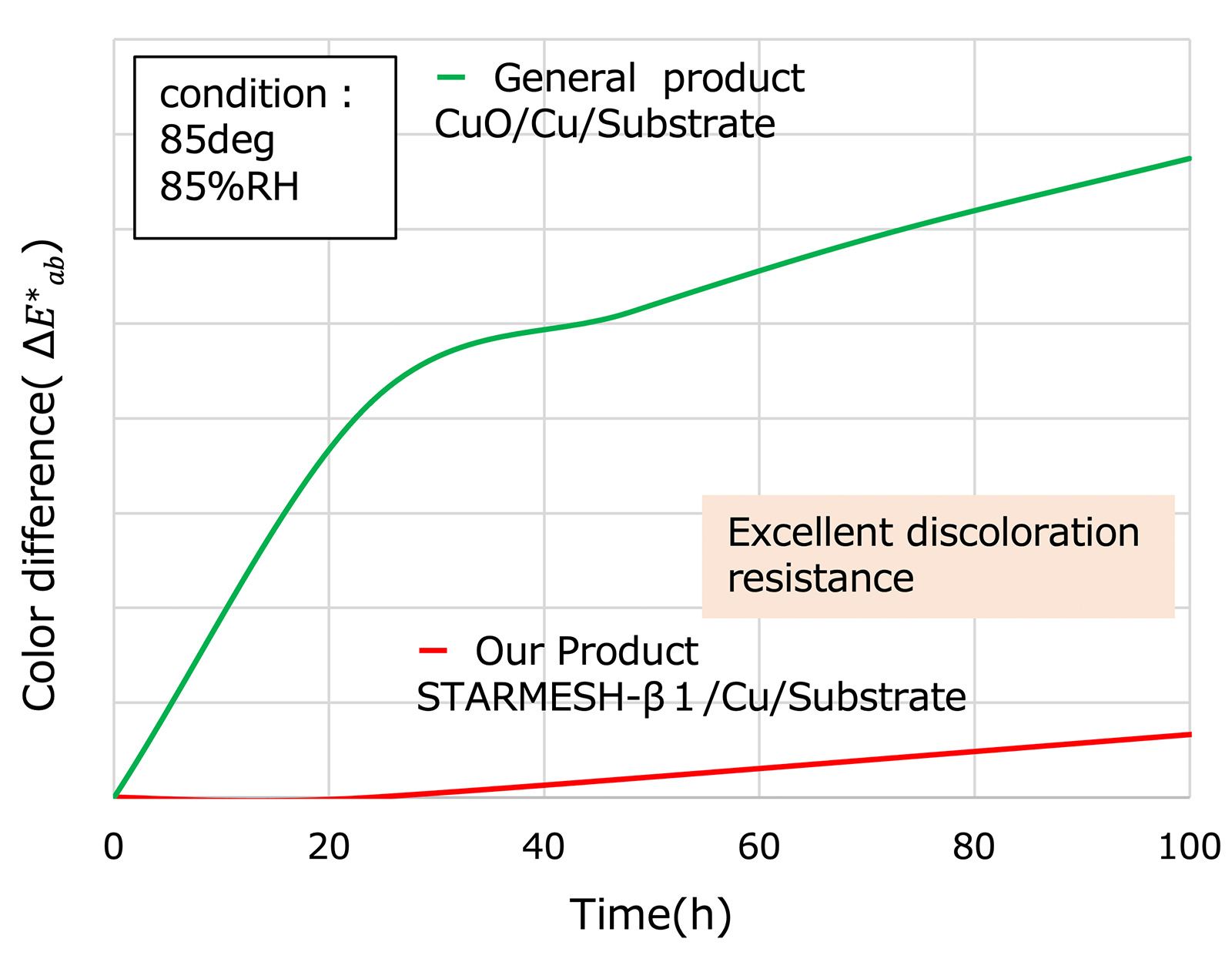 How to use the sputtering target 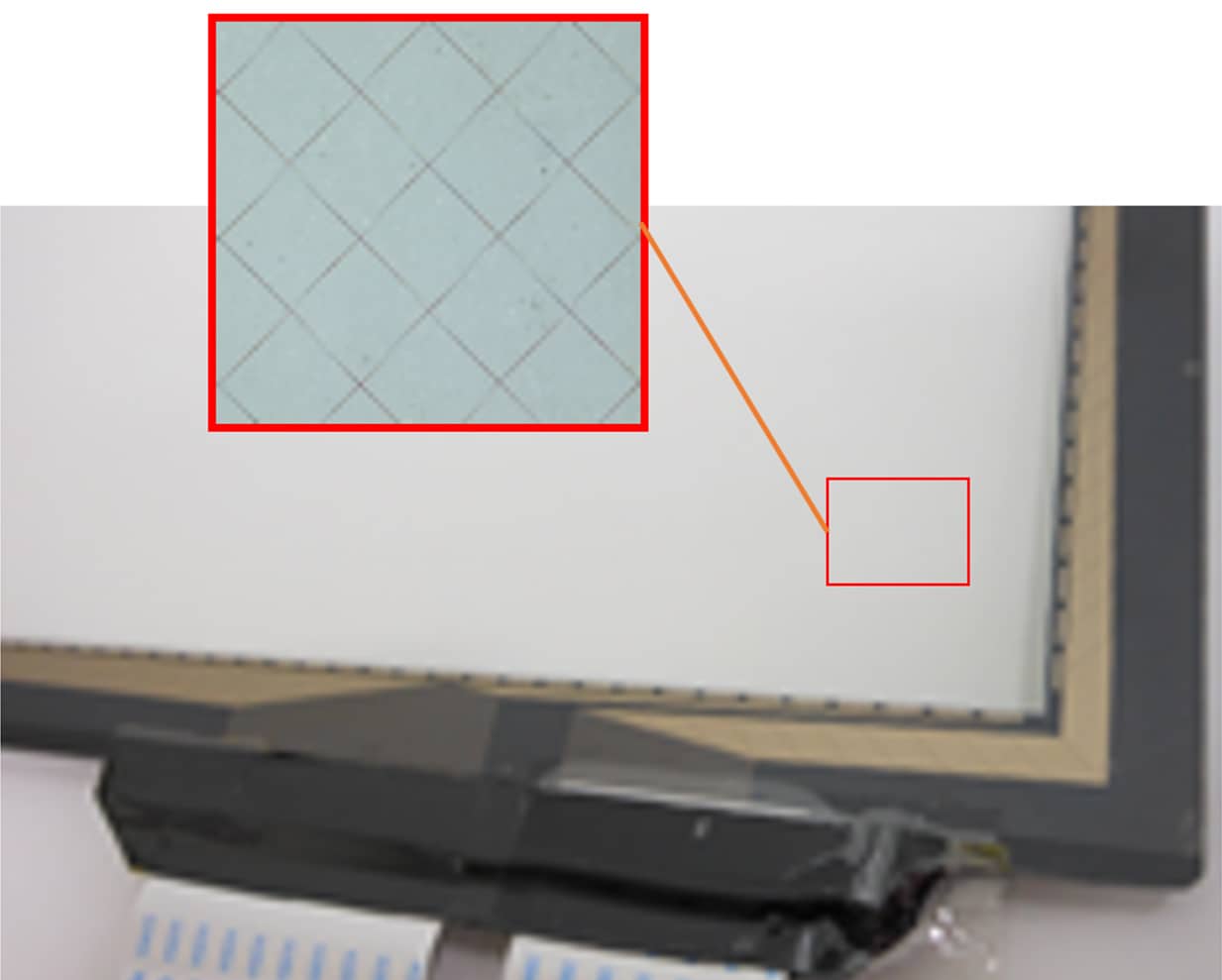 How to use the sputtering target

An electronic material used in the sputtering method to form a thin film by depositing metals, alloys, metal oxides, etc. on an electronic substrate at the atomic level.

Technology to replace the transparent conductive thin film used for input detection of touch panels with a mesh-like metal with a width of several micrometers from the conventional ITO.

The color difference (ΔE*ab) calculated from the Lab color space before and after the environmental test was compared.

An abbreviation for Indium Tin Oxide, which is one of the transparent conductive thin films.