Daido Steel Co., Ltd. (President: Takeshi Ishiguro) has launched the new product "STARPAS®-DF42N" with excellent characteristics under strong magnetic fields and high frequency. It is started selling in January. STARPAS is effective on suppressing electromagnetic wave noise*2 (mainly magnetic noise) which is generated with communication technology, high frequency of IoT devices*3, and electrification of automobiles. In the future, we aim to expand applications to growing power electronics (systems that convert DC and AC power using semiconductors such as inverters).

STARPAS-DF42N is a foil contained 42 % Nickel with thickness between 10 μm and 30 μm, and has high saturation magnetic flux density*4 of 1.4 T equivalent to 800 A/m which is twice as high as that of the current product MEN® PC-2S with high magnetic permeability*5. By making DF42N thin foil, relative permeability more than around 100 kHz can be improved than that of conventional DF42N strip with 0.1mm thickness (fig.1). Furthermore, STARPAS-DF42N shows superior relative permeability under strong magnetic field (fig.2).

In addition, STARPAS can be provided as hoop and sheet which is easily pressed and cut into various shape. And it can easily attached to devices that generate electromagnetic noise or equipment that needs to avoid noise. We can also supply a laminated sheet using STARPAS-PC2S with high magnetic permeability onto STARPAS-DF42N. 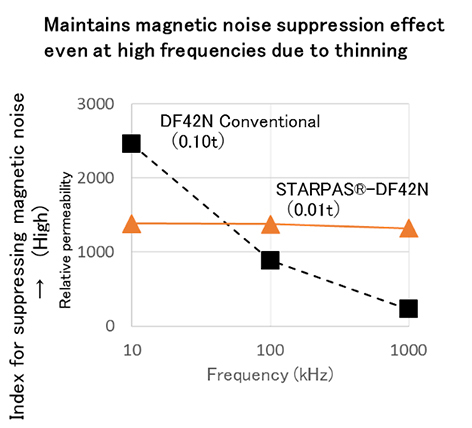 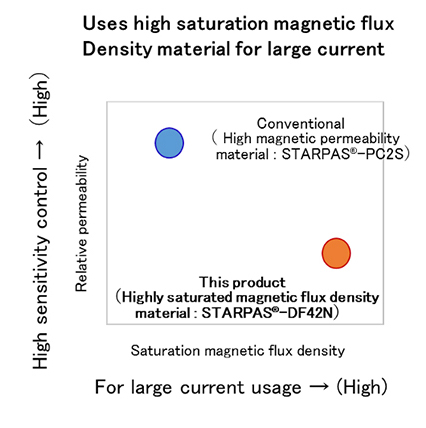 Power electronics, which has been developed in the field of electric power equipment, has been increasingly applied to in-vehicle and home appliances in recent years. The semiconductors used for these have high switching frequencies and tend to handle large currents. Also, in control semiconductors*6, the current tends to increase as the number of transistors increases due to process miniaturization.

For this reason, there are some issues that these devices easily generate various electromagnetic noise due to large currents at high frequencies that causes the malfunctions with other and own devices and therefore, the shield materials that can function in such an environment are required. By contrast, the current product STARPAS-PC2S has high shield effect in a small magnetic field less than about 10 A/m, but sometimes it was necessary to increase the volume of the shield material for stronger magnetic fields because it was magnetically saturated.

In addition, it is possible to suppress eddy currents*7 generated by alternating current and maintain relatively high magnetic permeability even at high frequencies by foiling thicker than 30 μm, as well as conventional products. Moreover, the foil material also contributes to reducing the weight of equipment with magnetic shields. 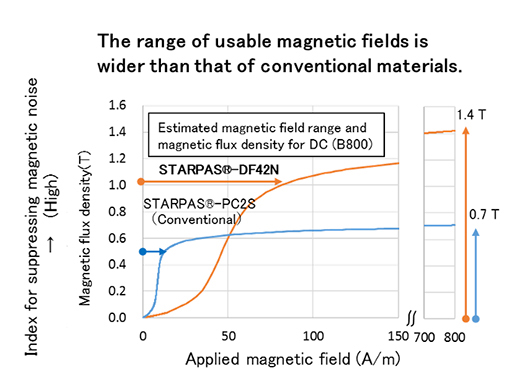 3．For your additional information

This product will be exhibited at NEPCON JAPAN, which will be held at Tokyo Big Sight from January 19th to 21st in 2022. 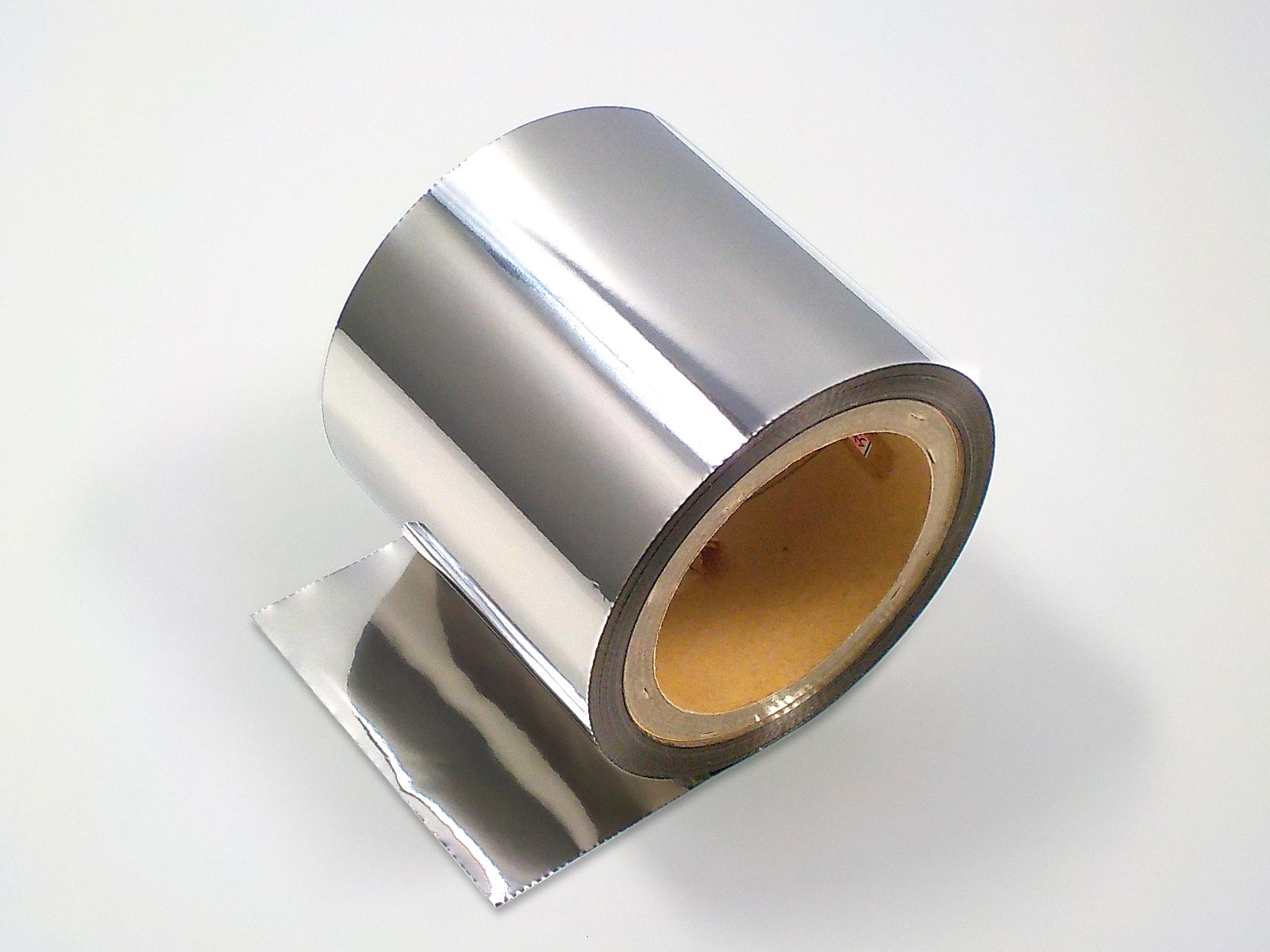